GEC Director Dr. Nancy Kimuell-Gabriel presented the UP General Education Framework at the recently-concluded College of Music’s (CMu) Academic Program Improvement (API) Conference held last July 26 via Zoom. Her talk delved on the specifics of the UP GE Framework, focusing on the GE Program’s context and rationale, history, philosophy, curriculum structure, principles, objectives, administration, as well as its future direction.

First, she shared that the GE Program underwent many revisions, from the original 63 units in 1958 down to the RGEP’s 43 units in 2001; to the Hybrid GE in 2010; and, further reduced to core courses of 21 units (to 45 units, depending on the college / unit) and 33 units or the System-11 for other CUs. The GE Program underwent many revisions as the University responds to changing conditions of the society. She also noted that major societal changes were impetus in the revision of UP GE Program, such as in 1986 and in 2013.

Following the discussion of the UP GE Program’s history, she proceeded to discuss its philosophy, principles and objectives as laid out on the UP GE Framework. She proceeded to define the term “critical experts” in light of the UP GE Framework: specialists in their own professions, but have holistic appreciation of increasingly complex problems. Meanwhile, the unique “Tatak UP” brand of the GE Program was reiterated — that is, transformative, developing capacity for critical and creative thinking and actions, and, “pagiging makatao, mabayan, at makatarungan”.

Dr. Kimuell-Gabriel further stated that the GE courses should not be mistaken as a mere preparatory training. Rather, these courses develop an appreciation of the connections between and among disciplines and enable students to have critical thinking.

She then cited her own experience in teaching the GE course, “PS 21: Wika, Panitikan, at Kultura sa Ilalim ng Batas Militar sa Pilipinas” where she said that she uses an interdisciplinary approach, using language, arts and literature, history, music, and other discipline of the social sciences to better understand the conditions of the Philippine society under Martial Law. She mentioned that in PS 21, music is a favorite subject because through songs of the New Society as well as the protest and nationalist music developed in the 1970s, one get to understand the dynamics of the period, the different forces at play, the different reactions to Martial Law, and how in the end it culminated to the 1986 People Power Revolution.

The talk also touched on the curriculum course structure of the UP GE Program, and reminded participants that the GE courses should be rooted on the principles laid out on section 5 and section 6 of the UP GE Framework. The topic of UP GE Program administration, implementation, and evaluation was brought up as well.

To cap off the talk, Dr. Kimuell-Gabriel discussed the future direction of the GE Program. She gave six salient points that the UP GE Program can undertake. First, studying the present context of the society, which is shadowed by the pandemic, massive unemployment, increasing authoritarian rule, threatened territorial integrity, media curtailment, and more. Second, adapting and adjusting the program to different modalities. Third, learning from the recent UP System GE Conference results where gains, strengths, and constraints were identified. Fourth, responding to calls for proposals to evaluate and enhance the GE Program. Fifth, systematizing processes and procedures. Finally, taking care of every human resource which is a vital backbone to UP.

You may also watch her full presentation below: 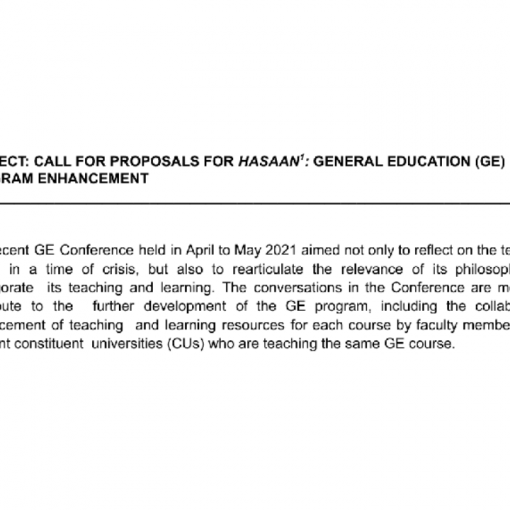 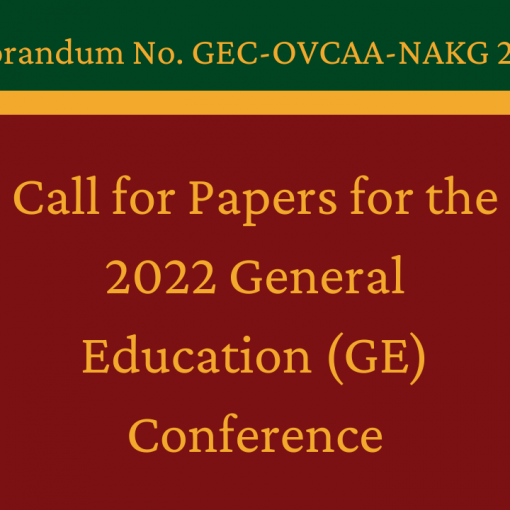 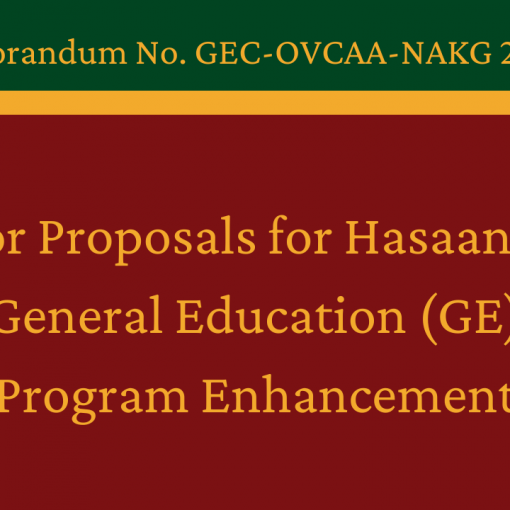 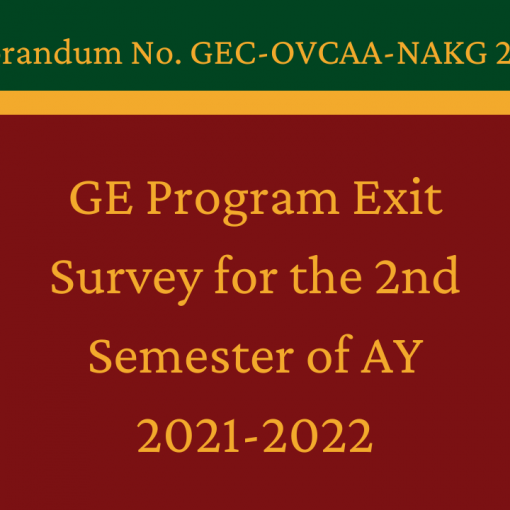